Adulthood is where dreams go to die.

Have you ever heard this phrase?

If you have, you most likely watched Girlboss. An undeniably entertaining and relatable coming of age Netflix series. In the first episode, Sophia is introduced to us as a 23-year-old who just isn’t ready to be an adult. She works in a shoe store until about halfway through the episode when she gets fired. Her life is in shambles. She just got an eviction notice, ran out of gas on a San Francisco hill with a trolley behind her, and from the sounds of it, she has a hard time keeping a job due to her lack of people skills.

When I first watched this series a few years ago, I saw so much of my younger self in Sophia. I too was not a fan of authority, although I did want to join the military, I didn’t know what I wanted out of life, or where my place was. Girlboss is all about Sophia’s journey, AND best of all, it’s based on the best selling memoir written by Sophia Amoruso.

“Okay, go ahead, underestimate me. I feed off that shit.” Sophia says in episode two when told she doesn’t have what it takes to start an online business.

This hit home to me so hard. In my rebel years, I absolutely fed off of people underestimating what I was capable of. I am in my real adult years (I’m 32, so I must be a real adult by now right?), I find it’s not so much the underestimation that drives me, but the ability to create the life that I want no matter what anyone else thinks. How empowering is that?

Creating the life we want to live comes with its own challenges. While going with the status quo may work for some, it’s not what I saw for my own life. I wanted more for my life. I grew up in Illinois and at the age of 20, I moved to California. Literally on two weeks' notice. For the first time in my life, I was making a decision that I had no clue whether or not it would work out. This was the first time I realized I wanted to live life on my own terms.

I didn’t have a job, I had a couch to sleep on and $500 in my pocket. (Thanks to my mom and dad, who also bought my one-way ticket.) No plans, other than what happens if this doesn’t work. I was always able to go back home. I know not everyone has that privilege, and I feel blessed to know that is always an option. I am very lucky to have a strong support system, even if they are hours away from me.

Living in California set me on a path I never would have imagined. California is like the center of healthy living. I started to feel better as I soaked up more Vitamin D than I had ever gotten naturally in my life. At that age, I hadn’t even thought about how vitamins and stuff worked, so I never even thought about it. I did notice changes like I no longer had the winter blues.

I ended up in San Diego, which led me to meet my ex-husband. I was 22 years old when I got married and moved to the other side of the country. That was an adventure, one that changed my path forever. I learned so much about myself, and that’s really what matters. Looking back, that one relationship changed my life so much.

I met Tabitha, my enroller the first day we moved to North Carolina. Her husband and my husband had been stationed together in California. Their kids and my stepkids were of similar ages, and they kept our dog and their house until we moved into a home, so we got to know each other well.

Years later, Tabitha had started using Young Living and she added me to a Facebook group. I followed her for a long time before asking her advice on what I could try for an issue I was having.

That was my moment. My true wake-up moment. I had been trying everything, and finally something worked.

I had already been getting rid of toxins in my home and using some natural cleaning methods. Baking soda, vinegar, orange peel-infused vinegar, etc. I still use these products, but about the time Tabitha offered to send me a Thieves Household Cleaner sample, I was ready to order my Premium Starter Kit and jump on the wellness wagon.

That was November 2017. In those 3 years, I can count the months I haven’t ordered on one hand- 1 and it was because of a hurricane. We have slowly started ditching our old products for cleaner versions. Most of which we get delivered to us in our monthly wellness box from Young Living, while others I have delivered by Amazon on my subscribe and save, and some items I get from specific stores. As our household has switched more and more products to Young Living, I have started sharing more and more about how we use the products.

When my store closed in January 2020, and I had an option to take a severance package, I really thought about what my next move was going to be. I had 3 months of my normal income coming to me. That’s when I decided to make a go on the business side of Young Living. I already loved the product and was already sharing it. Now that I would be home more, it would be easier to share more.

“When you sell stuff, you are asking people to buy into you,” Sophia says to her best friend, Annie, in episode three as they are talking about naming her eBay store. The next scene goes through Sophia anguished as she tries to find a name that inspires her. I have been there. This Wonderland Life eventually just came to me. I have branded myself for things I have done in the past. I was Alice, your Chicago Chevy Gal, for about a year while I sold cars. That was when I realized what a passion I had for creating and sharing online.

Then we get to that moment in episode 6 when Sophia has a hard time selling a dress on Ebay. She screams at herself in the mirror, and her hernia explodes.

I feel like we have all been in a moment like this in our lives. It feels like the whole world is falling in around us, like we have all lost control. Her first no was this dress. She was ready to give up. I have wanted to give up so many times. The amount of no’s, or not right now’s, or I’ll just use this other cheaper (possibly risky) product, etc. continues to grow.

Sometimes, it seems like no matter what, you just aren’t reaching the people you want to reach. Sometimes, you feel like you are talking to a wall. Sophia recovers, and she takes the world by storm.

So here I am today, all because of a decision I made in August before I turned 21. Isn’t it amazing how those decisions we made when we were young and just trying to find our place in this world truly define the person that we are as adults? Sophia went on to create a network for women in business and have huge successes. We can all learn a little bit from this amazing story, loosely based on the real-life GirlBoss story of Sophia Amoruso, a young girl who just wanted to be her own boss. A girl who was nothing but true to the person she wanted to become, and served her people in a way that was authentic.

Be true to who you are in this world. It’s the only way you are going to go anywhere. There are always going to be people who don’t like what you have to say. It’s okay. They aren’t your people. Bless and release them.

What shows or movies have you watched for simple entertainment and gotten a ton of life lessons from?

Prepping for the little disasters is more important than prepping for a zombie apocalypse.
Vitamin D Oh how I love thee....
How I Became A Homemaker 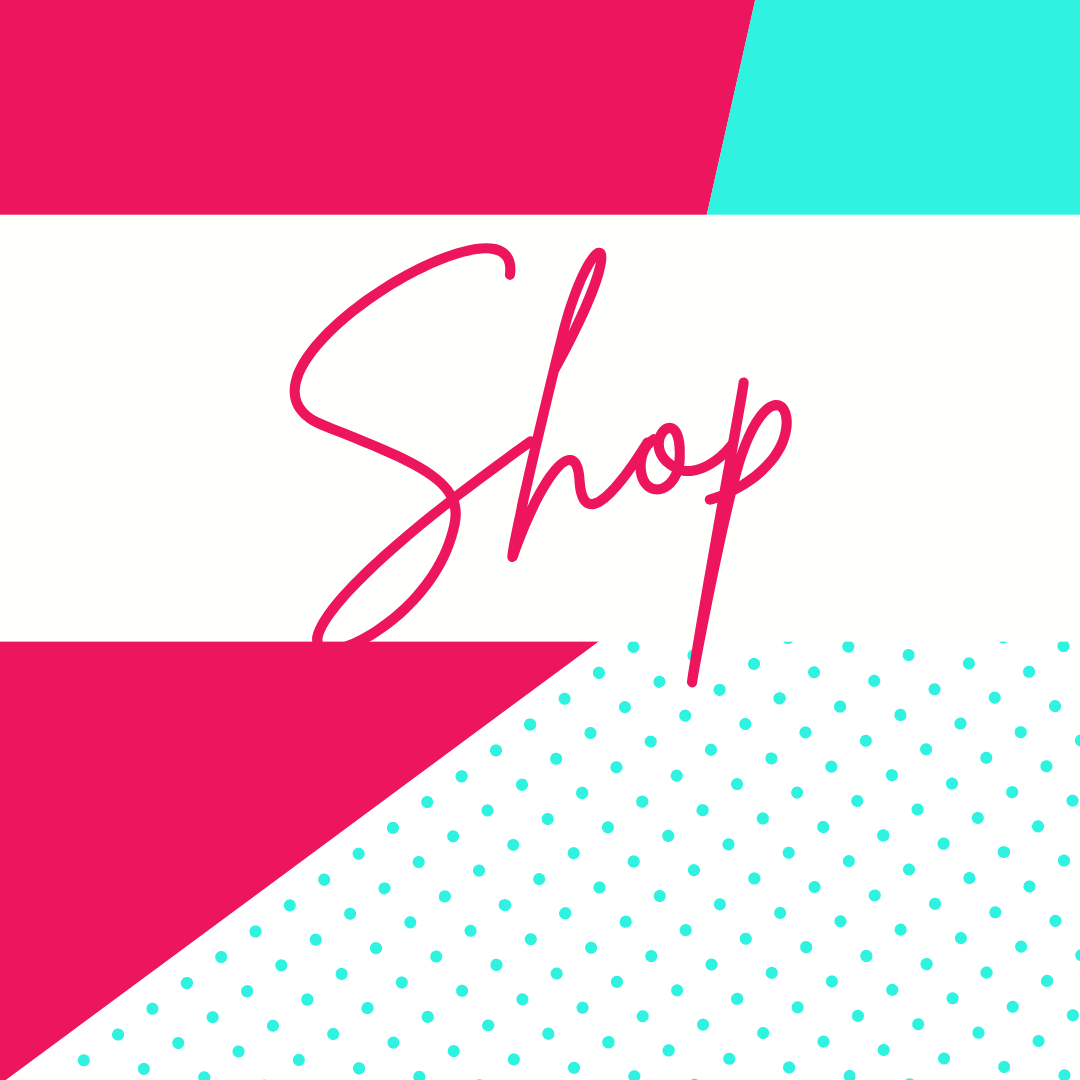 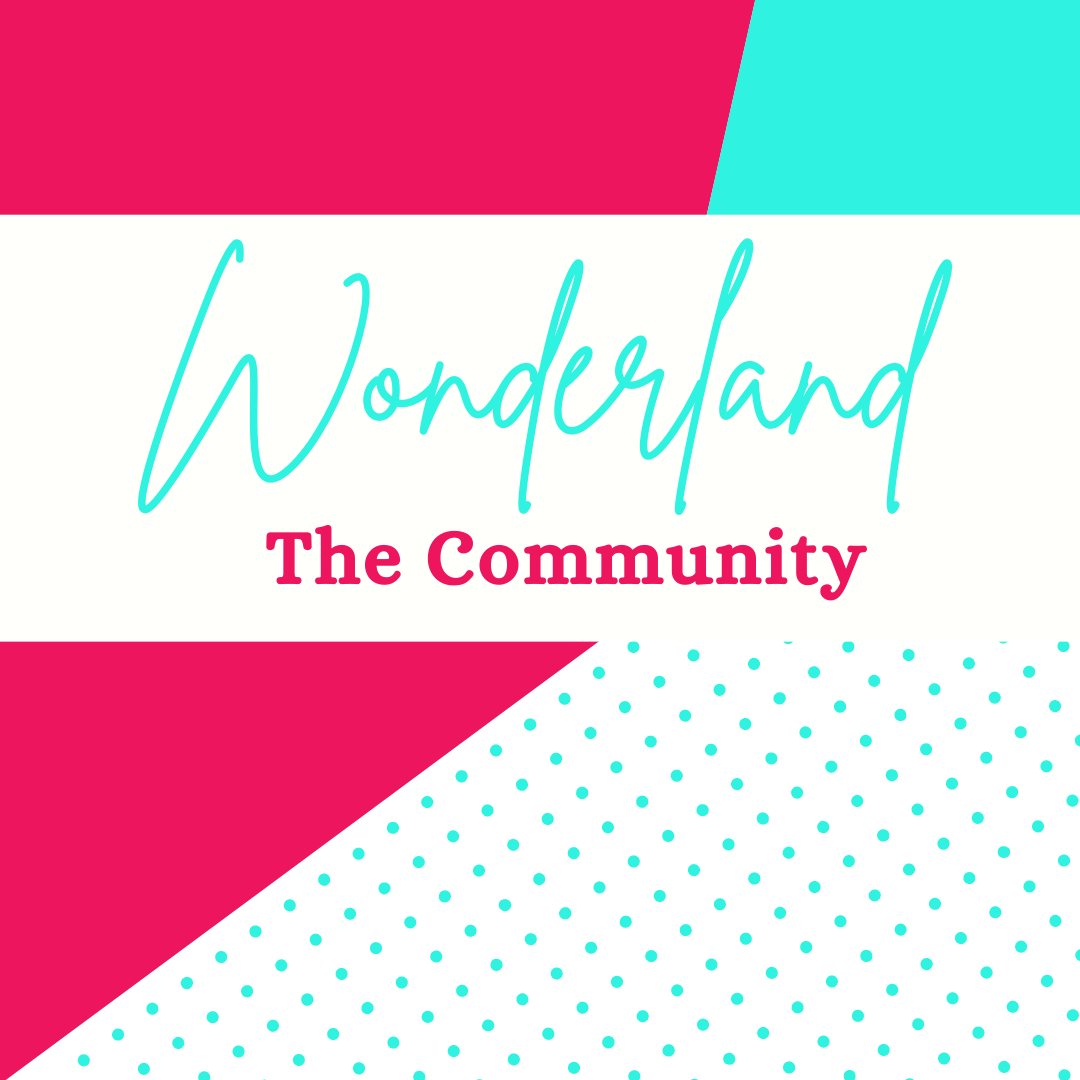 Tracking the things we do to meet the goals we have.
How I Became A Homemaker
50 Ways to Fill Your Cup in 10 Minutes or Less 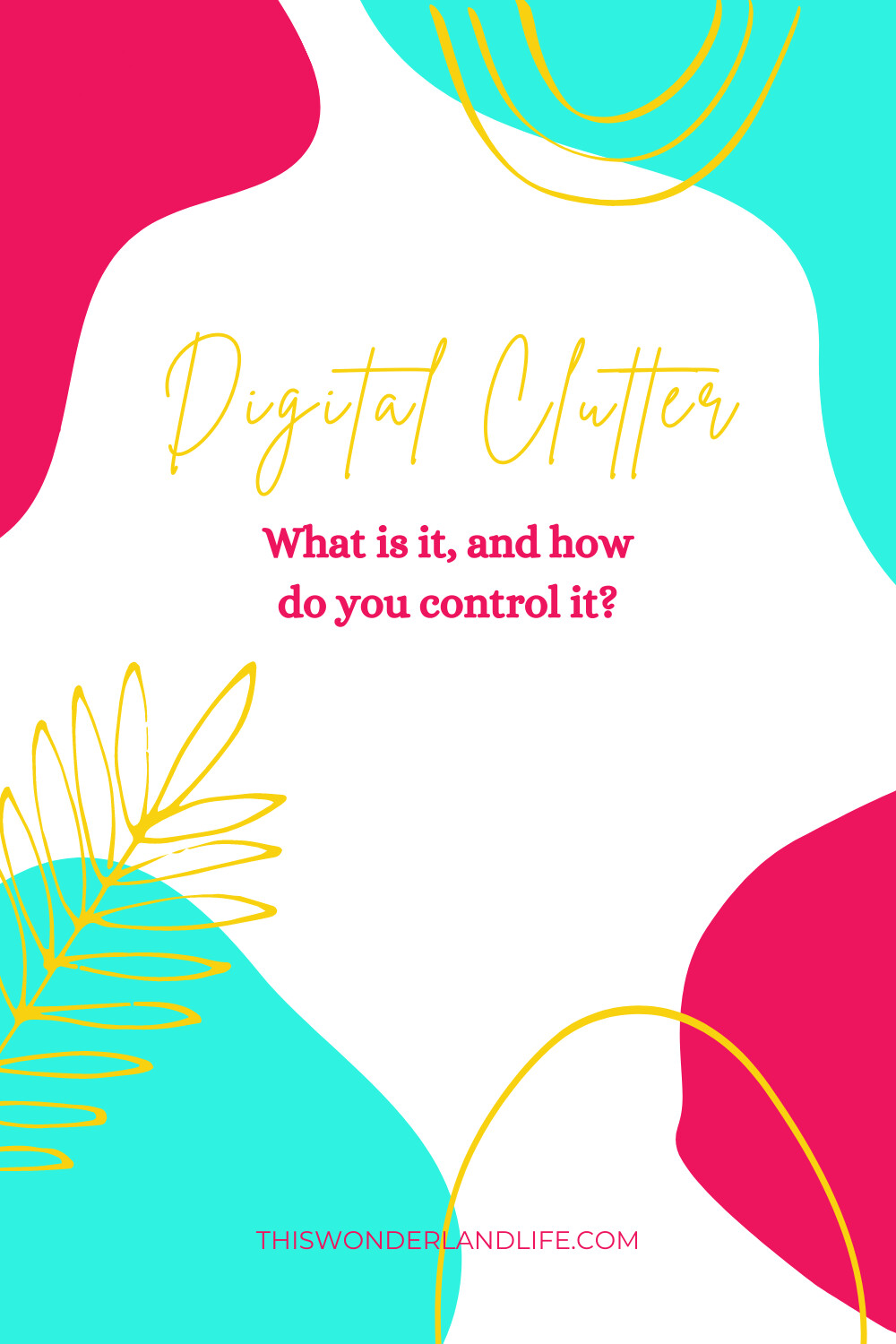 How to Declutter Your Digital Life... Without the Headache
Prepping for the little disasters is more important than prepping for a zombie apocalypse. 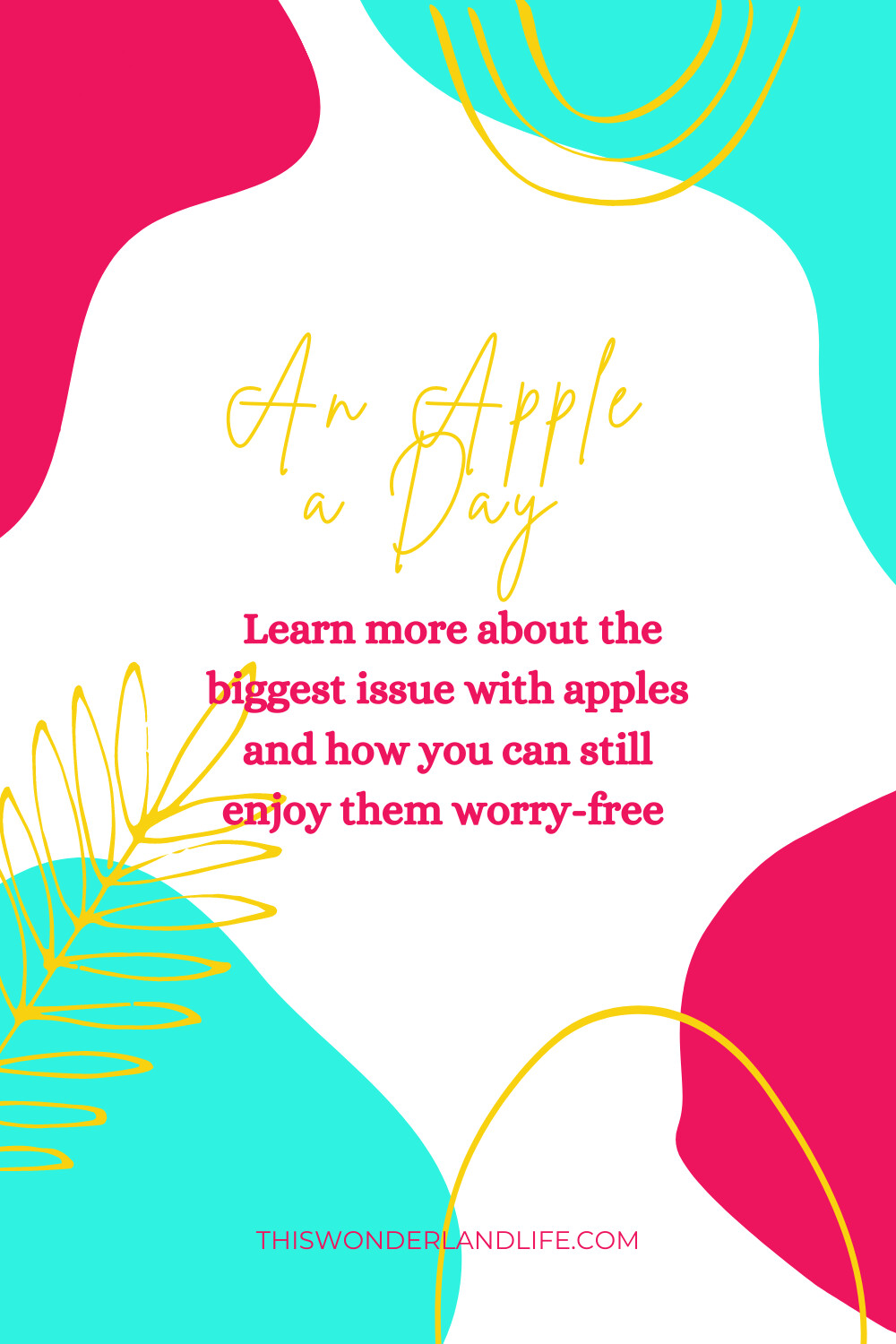